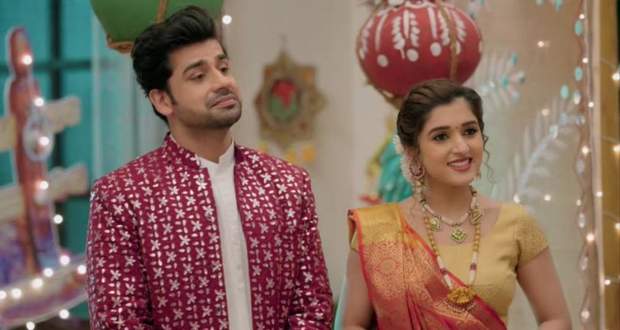 Anupama Spoiler Twist: Kinjal to not flee from wedding

In the forthcoming episodes of Anupama serial, it will be revealed that Kinjal did not flee from the wedding and that it was just a prank to add fun to the party.

Up until now in Anupama serial, Kinjal and Paritosh are very happy to get engaged while Rakhi is planning to break their wedding. Meanwhile, Kavya is staying at Vanraj's house and is planning to take Anupama's place in his life.

Now as per the spoiler updates of Anupama serial, Pramod will shock everyone by saying that Kinjal has fled from the wedding and left a letter behind.

Though, it will be revealed that Kinjal pranked everyone when she will arrive at the wedding venue at the exact time. Anupama and Vanraj will also joke with Kinjal. Paritosh and Kinjal will admire Anupama and Vanraj's strong bond even after all these years.

Kavya will get jealous upon witnessing Vanraj and Anupama's chemistry with each other according to the latest news of Anupama serial.

Let's see what happens next in the future episodes of Anupama serial.