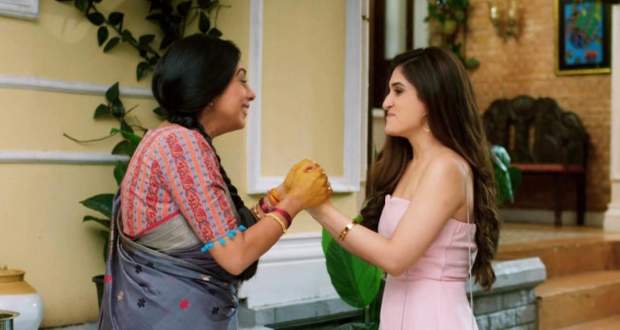 Anupama Spoiler Twist: Kinjal fled after leaving letter on her own engagement

In the forthcoming episodes of Anupama serial, on the engagement day, it will be revealed that Kinjal is missing after leaving a letter in her room.

Up until now in Anupamaa serial, using Anupama's clever tactics it is revealed that Kamini is the ring thief. Later, Anupama decided to make Paritosh a Shervani for his engagement day. Further, Kavya showed off her culinary skills to the family by making pasta.

Now as per the spoiler twists of Anupama serial, Anupama will face few major problems on engagement day as she forgets Paritosh's Shervani at home.

Later, at the engagement venue, Pramod will break the news that Kinjal is missing from her room and she left a letter according to the gossip twists of Anupama serial.

Let's see what happens next in the future episodes of Anupama serial.