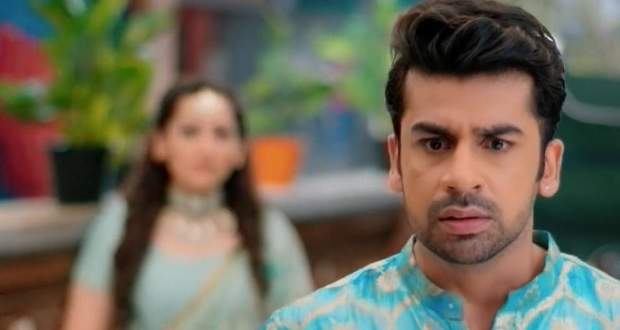 In the forthcoming episodes of Anupama serial, Nandani will reveal the truth about Vanraj-Kavya's relation to Paritosh.

Up until now in Anupama serial, Nandani came to know about Kavya and Vanraj's secret relationship but kept quiet as to not ruin Anupama's happiness. Further, Kavya ruined Anupama's Mehandi and her Mangalsutra also broke.

Meanwhile, Nandani decided to reveal the truth to Paritosh instead of Samar as the latter is very attached to his mother.

Based on the recent serials gossips of Anupama serial, Nandani will think that Paritosh can handle the news more maturely and will reveal the truth about Vanraj and Kavya to him.

Later, Paritosh will be stunned to know that Vanraj is going to marry Kavya according to the latest news of Anupama serial.

Let's see if Paritosh reveals the secret to the Shah family or not in the future episodes of Anupama serial.

© Copyright serialsindia.com, 2018, 2019, 2020. All Rights Reserved. Unauthorized use and/or duplication of this material without written permission from serialsindia.com is strictly prohibited.
Cached Saved on: Wednesday 1st of February 2023 09:43:35 PM