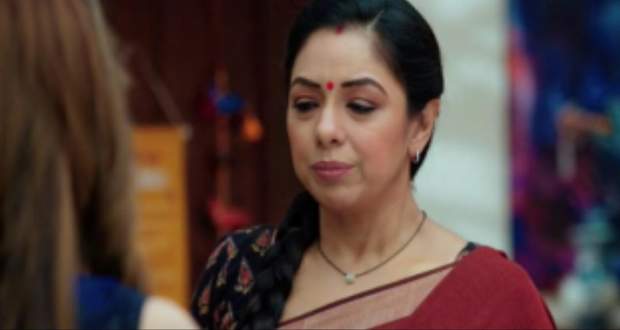 In the forthcoming episodes of Anupama serial, Kavya will write Vanraj's name on her hand and Anupama will erase it from her Mehandi.

The current story of Anupama revolves around Vanraj promising to Kavya to marry her before he marries Anupama on their 25th wedding anniversary. Later, Nandani finds out about their secret relationship and marriage but doesn't tell Anupama as she doesn't want to spoil her happiness.

Now as per the gossip news of Anupama serial, on the Mehandi function, it will come to Rakhi's attention that Kavya has written Vanraj's name in her Mehandi and she will tell everyone about it.

Anupama will erase the name from Kavya's Mehandi and will say that only she can write Vanraj's name as she is his wife. Further, Kavya will also spoil Anupama's Mehandi because of her jealousy according to the spoiler twists of Anupama serial.

Let's see how will Anupama react to this in the future episodes of Anupama serial.

© Copyright serialsindia.com, 2018, 2019, 2020. All Rights Reserved. Unauthorized use and/or duplication of this material without written permission from serialsindia.com is strictly prohibited.
Cached Saved on: Sunday 5th of February 2023 03:58:18 AM