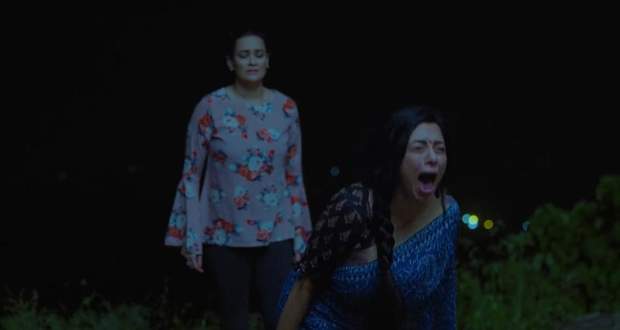 Anupama Gossip: Devika to take Anupama to a cliff to vent out her emotions

In the forthcoming episodes of Anupama serial, Devika will take Anupama to a cliff where the latter will vent out her frustrations and anger with Vanraj.

Up until now in Anupama serial, Anupama found out about Vanraj and Kavya's affair after which she lost her sense and became frantic.

Afterwards, Devika threatened Kavya and Vanraj to put them behind bars if something happened to Anupama.

Now as per the latest spoilers of Anupama serial, Devika will take Anupama to a cliff and suggest her to vent out her emotions into the distance as no one can hear her and judge her.

Thereafter, Anupam will vent out her emotions and feeling of betrayal from Vanraj and will lastly pledge to live the life for herself and not for anyone else according to the news updates of Anupama.

Let's see if Anupama can stay true to her words or not in the future episodes of Anupama serial.

© Copyright serialsindia.com, 2018, 2019, 2020. All Rights Reserved. Unauthorized use and/or duplication of this material without written permission from serialsindia.com is strictly prohibited.
Cached Saved on: Friday 19th of August 2022 05:28:49 AM