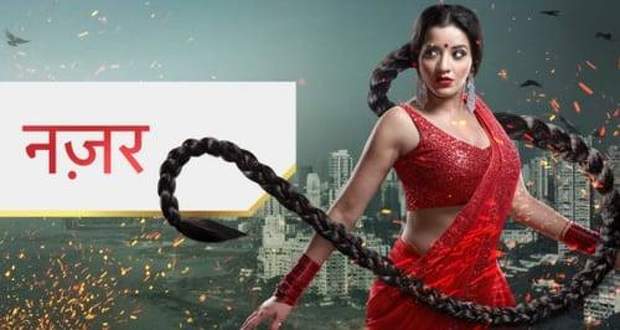 Star Plus’s popular supernatural serial, Nazar is all set end its first season and will soon come up with the second season with the latest cast.

As per the recent spoilers of Najar serial, the season one of the show will soon go off-air and writers are working on the second season with the latest cast and storyline.

Gul Khan bid goodbye to Ansh and Piya and further announced the second season of Nazar serial. The latest rumors also suggest that Antara Biswas aka Monalisa will retain her role of Mohana in the second season as well.

Further, Sumit Kaul is also expected to play the role of Nishant in the second season.

Keep reading this portal for the latest news, gossips, spoilers, and updates of Nazar serial.

© Copyright serialsindia.com, 2018 & 2019. All Rights Reserved. Unauthorized use and/or duplication of this material without written permission from serialsindia.com is strictly prohibited.
Cached Saved on: Wednesday 8th of July 2020 09:36:28 AM