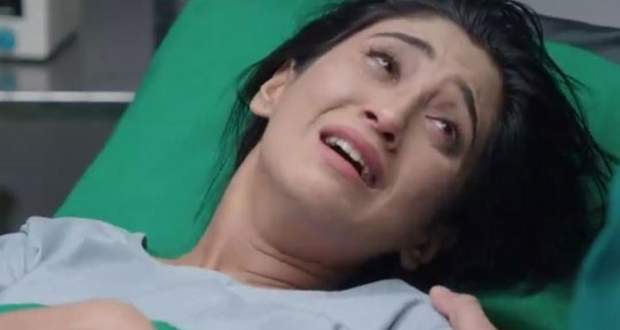 In the forthcoming episodes of Ye Rishta Kya Kehlata Hai serial, Naira will give birth to a baby without Kartik's presence as he would have gone to get Naira's favorite ice cream.

So far in YRKKH serial, Kartik freed Krishna from human traffickers and stayed back to save other girls after which Naira and Krishna saved Kartik. Later on, Naira told Krishna to come with her as she believed that she will be in danger in the outside world.

Now as per the gossip twist of Yeh Rishta Kya Kehlata H serial, Naira will be rushed to the hospital as she will have labor pain. Furthermore, she will get a craving for ice cream while at the hospital and Kartik will go to get her ice cream.

However, he will not be able to witness the birth of his baby as will see Suhasini holding a newborn according to the spoiler twist of Yeh Rishta Kya Kehlata Hain serial.

Let's see what happens next in the future episodes of Yeh Rishta Kya Kehlata Hai serial.

© Copyright serialsindia.com, 2018, 2019, 2020. All Rights Reserved. Unauthorized use and/or duplication of this material without written permission from serialsindia.com is strictly prohibited.
Cached Saved on: Monday 6th of February 2023 05:52:42 AM