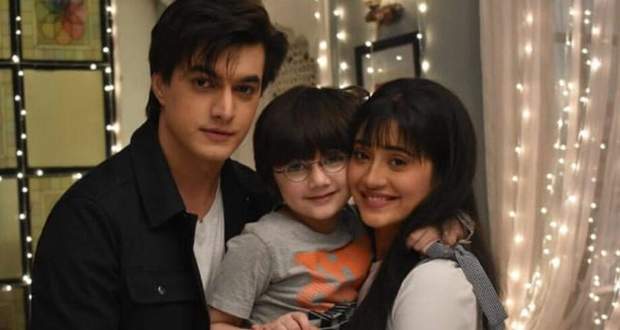 In the upcoming episodes of YRKKH serial, Kartik and Naira will soon get worried about Kairav’s sad state and will try to cheer him up.

Up until now in Yeh Rishta Kya Kehlata H story, Trisha returned home while Suhasini was not happy with Kartik and Naira’s decision. Later, Kairav got terribly scared because of Luv’s threat.

Now as per recent story twists of Yeh Rishta serial, Naira and Kartik will realize that Kairav is not behaving in his normal state and is really sad and scared.

They will try talking to him but Kairav won’t say anything. Later, they will decide to cheer him up by performing for him. Kartik will act funny while Naira will dress like a joker according to the spoiler news of Yeh Rishta Kya Kehlata Hai.