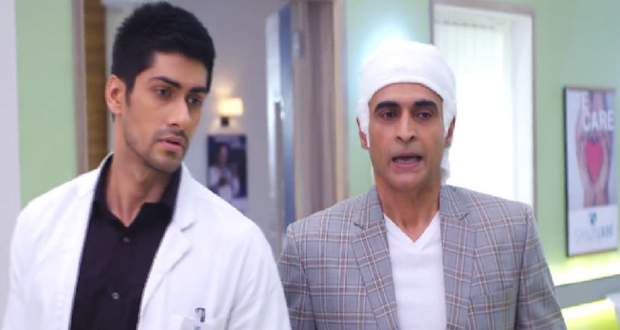 In the forthcoming episodes of Sanjivani season 2, viewers will witness a shocking revelation wherein Shashank will turn out to be the real father of Sid.

Up until now in season 2 of Sanjivani serial, Sid was beaten up by the goons who were trying to assault Asha and Ishani.

Later, he got admitted to the hospital in a critical condition while everybody prayed for his well being to god including Dr. Shashank.

Meanwhile, Sid’s mother was seen hiding from Dr. Shashank who might have a history with him.

Now as per the spoiler alert of Sajeevani 2 serial, Sid’s mother will remember her past memories with Dr. Shashank post which it will be revealed that Sid is, in fact, Shashank’s son.

Shashank has shared a strong bond with Sid and has supported him in all situations. The truth will turn out to be a shock for Shashank as well according to the latest news of season 2 of Sanjeevani serial.

© Copyright serialsindia.com, 2018, 2019, 2020. All Rights Reserved. Unauthorized use and/or duplication of this material without written permission from serialsindia.com is strictly prohibited.
Cached Saved on: Wednesday 1st of February 2023 06:01:34 PM