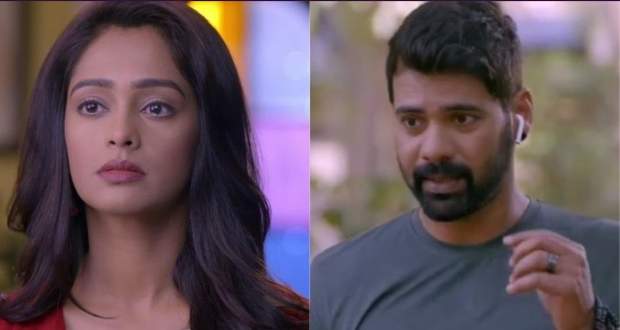 Kumkum Bhagya Gossip Twist: Abhi to save a tied up Prachi in the Ravan Dummy

In the forthcoming episodes of Kumkum Bhagya serial, Abhi will be seen saving Prachi who will be tied up inside the Ravan mannequin and getting injured in the process.

Up until now in Kumkum Bagya story, Prachi and her family were not treated well by Pallavi during the Dussehra party while Rhea got jealous when Ranbeer put an engagement ring on Prachi's finger.

Now as per the spoiler news of Kumkum Bhagya, Prachi will be shown being tied up crying for help inside the Ravan mannequin which is supposed to be burned during Dussehra ceremony.

Further, Abhi will save her and a huge piece of the burning mannequin will fall over him in the process according to the future twists of Kum Kum Bhagya.

Let's see if they will be able to get Abhi out at time or not in the future episodes of Kumkum Bhagya serial.

© Copyright serialsindia.com, 2018, 2019, 2020. All Rights Reserved. Unauthorized use and/or duplication of this material without written permission from serialsindia.com is strictly prohibited.
Cached Saved on: Wednesday 1st of February 2023 10:02:47 PM