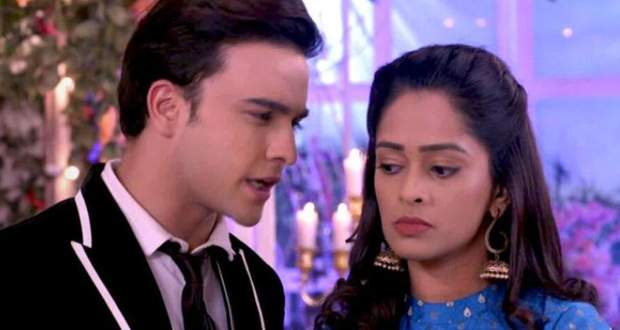 In the upcoming episodes of Kumkum Bhagya serial, Prachi will take Maya's place in Mandap after which police will be called to come and arrest her.

So far in Kumkum Bhagya story, Prachi takes Maya's place in the Mandap to get married to Ranbir after knocking her unconscious. Later, Maya regains her consciousness and stops the wedding.

Now as per the spoiler updates of Kumkum Bhaagya serial, Dushyant will call the police at the wedding venue to get Prachi arrested while Ranbir will side with Prachi.

Later, Prachi's mother Pragya will arrive at the wedding and save Prachi from getting arrested by police according to the gossip twists of Kumkum Bhagyaa serial.

Let's see what will Pragya do in the future story of Kumkum Bhagya serial.

© Copyright serialsindia.com, 2018, 2019, 2020. All Rights Reserved. Unauthorized use and/or duplication of this material without written permission from serialsindia.com is strictly prohibited.
Cached Saved on: Friday 5th of March 2021 10:38:43 PM