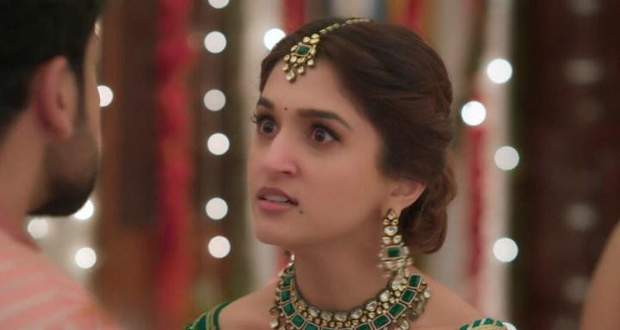 In the current track of Anupama, Paritosh yet again lies about cheating on Kinjal.

Heartbroken, Kinjal asks Toshu to take oath on their daughter, Arya's head, that he is not cheating on her with anybody.

He is nonchalant, going as far as to say that he doesn't even know the girl's name.

According to the latest spoiler of Anupama, Kinjal shuts Toshu down, his own words coming to bite him back.

Kinjal tells Toshu, she will forgive him, but only after she also enjoys a casual fling.

Paritosh reacts to this statement with venomous words and screams at Kinjal while Kinjal shouts at him to lower his voice, telling him, that if he has needs, so does she.

Let us see how Kinjal shuts Paritosh in front of everyone in future episodes of the Anupama serial.

© Copyright serialsindia.com, 2018, 2019, 2020. All Rights Reserved. Unauthorized use and/or duplication of this material without written permission from serialsindia.com is strictly prohibited.
Cached Saved on: Saturday 26th of November 2022 09:34:18 PM