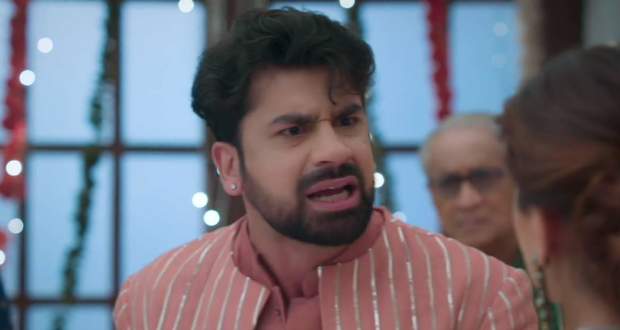 So far in the episode of Anupama, Vanraj comes to Kinjal and her daughter, Arya's aid.

After Toshu's ignorance is out in the open, Kinjal, although still in love with Toshu, takes a bitter step and decides to separate from Paritosh.

According to the latest spoiler of the Anupama serial, Paritosh will seek revenge on Anupama Kapadia, treating her as an enemy.

In Toshu's eyes, Anupama is now not his mother, but an enemy who has ruined his marriage and family life.

Feeling betrayed by everyone, Toshu leaves the Shah House whereas Kinjal tries to be strong for herself and her baby.

What will be the next step for Toshu and will Leela & Rakhi treat see Anupama as an enemy too?

© Copyright serialsindia.com, 2018, 2019, 2020. All Rights Reserved. Unauthorized use and/or duplication of this material without written permission from serialsindia.com is strictly prohibited.
Cached Saved on: Saturday 28th of January 2023 12:43:15 PM