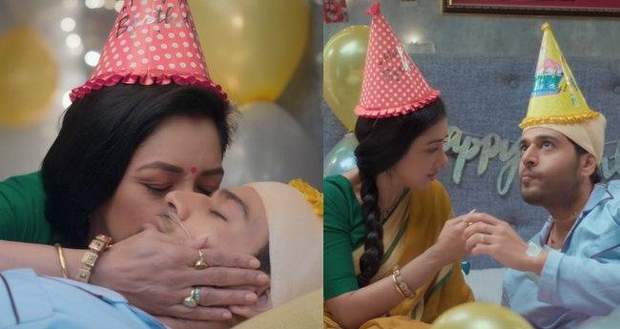 According to the latest spoiler of the Anupamaa serial, Anupama will be spending a little private time with Anuj.

Ever since Anuj’s accident, Anupama and his bedroom have been converted into a hospital wardroom so Anuj’s medical needs are being taken care of immediately.

At the same time, Barkha and Ankush will fit CCTV cameras to keep an eye on Anuj’s condition.

However, Anupama will cover the cameras with her towel and lay her head on Anuj’s chest since a husband and a wife's private moment should not be watched by anyone.

Smiling to herself, Anupama will call Anuj ‘Mr. Kapadia’ while she dreams of him teasing her to make his birthday even more special.

Let us see how Anuj’s condition pans out in the future episodes of Anupama without getting disturbed by the evil eye of Barkha in the Kapadia Mansion.