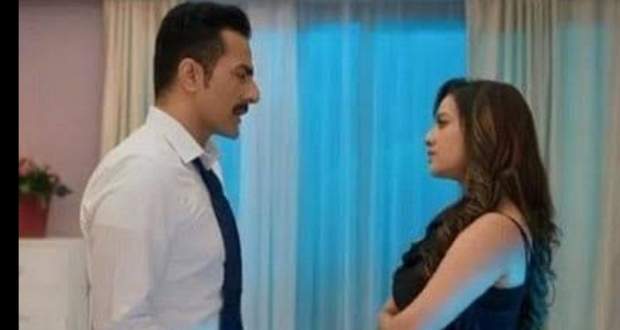 Anupama Gossip Twist: Kavya to give an ultimatum to Vanraj

In the forthcoming episodes of Anupama serial, Kavya will give Vanraj an ultimatum to marry her before his 25th marriage anniversary.

So far in Anupama story, Anupama stayed the night at Devika's house after Vanraj told her to leave their room. Further, Anupama had a mental breakdown in front of Devika, while Vanraj was threatened by Devika to put him behind the bars for mentally torturing Anupama.

Now as per the spoiler news of Anupama serial, Vanraj will propose to Anupama for marrying him again on their 25th marriage anniversary. Further, Kavya will learn about this and will give Vanraj ultimatum to marry her before he marries Anupama.

Meanwhile, Vanraj will be seen in conflict due to Kavya's ultimatum according to the latest gossip of Anupama serial.

Let's see what will Vanraj do in the future episodes of Anupama serial.

© Copyright serialsindia.com, 2018, 2019, 2020. All Rights Reserved. Unauthorized use and/or duplication of this material without written permission from serialsindia.com is strictly prohibited.
Cached Saved on: Wednesday 1st of February 2023 10:10:56 PM