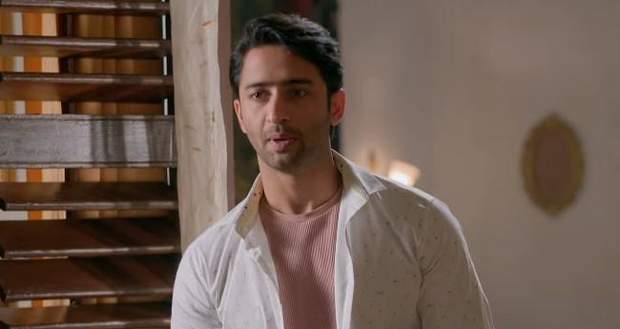 The Yeh Rishtey Hai Pyaar Ke 7 Feb episode begins with Rajshri asking Jasmeet whether she is still upset over Mishti and Abir's wedding. Kumal on the other side asks Abir the reason for boycotting Meenakshi from his wedding.

Abir and others are all set for preparing for the sangeet ceremony. Kunal is trying to not let Kuhu give him a divorce.

Meanwhile, Meenakshi is upset about not being included by Abir in his wedding functions. Parul tries to console her.

Vishambhar and Rajhshri get happy seeing Mishti happy with the Rajwansh family. While Maheshwaris are preparing for their dance sequence, Mishti acts to include Jasmeet too.

Jasmeet gets ready to teach them how to dance properly. Meenakshi receives a call from Lakshman.

Abir interprets it to be another plan of Meenakshi to stop his wedding. Kunal shares about Meenakshi with Parul.

He realizes for not taking a stand for Kuhu and whether she will ever forgive him.

Meenakshi asks someone to enter Maheshwari's house disguised as a servant.

© Copyright serialsindia.com, 2018, 2019, 2020. All Rights Reserved. Unauthorized use and/or duplication of this material without written permission from serialsindia.com is strictly prohibited.
Cached Saved on: Wednesday 1st of February 2023 09:07:55 PM