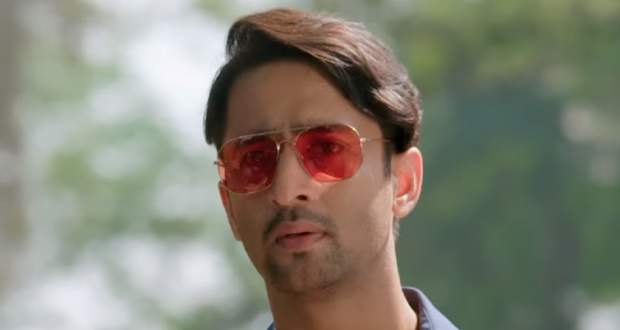 The Yeh Rishtey Hai Pyaar Ke 6 Feb episode begins with Mishti removing her engagement ring and reading Nishant's letter. In the letter, Nishant has given the promise of never being drunk and asks for the promise that she and Abir will be happy together always.

In the Rajvansh house, Meenakshi is selecting sarees of the NGO. Kunal also selects a saree for Kuhu to gift her. He gets a lawyer call regarding the divorce case thereafter.

Elsewhere, Jasmeet agrees to accompany Mishti for her Roka ceremony. Vishambhar thanks Jasmeet for this gesture of hers.

Kunal meets the lawyer outside, who has come to give the divorce papers to him. The lawyer tells that Kunal can keep that paper without signing.

While the Maheshwaris are leaving, Shaurya receives a document(Kuhu's divorce papers) which in hurry he doesn't read. Mishti tells him to give it to her. She keeps it in her purse.

Kunal keeps his selected saree for Kuhu in the bed. Mishti disagrees with Abir regarding staying away from the family. Abir assures her that he will take any decision with her consent too.

Later, Meenakshi apologizes to Jasmeet for her misbehavior. She wants the wedding to be held on the 15th. Vishambhar is satisfied with the marriage been as early as possible.

Abir being suspicious of Meenakshi keeps a condition that she won't be part of the marriage. Meenakshi unwillingly agrees with him.

Upcoming written Yeh Rishtey Hain Pyaar Ke episode update: Meenakshi calls up someone. Abir thinks that she is planning to ruin his wedding.