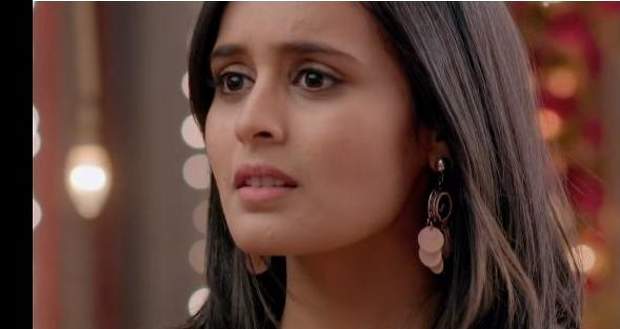 The Yeh Rishtey Hai Pyaar Ke 5 Feb episode begins with Vishwamber telling Mishti to reconsider her decision and leaves to talk to Jasmeet. Abir leaves. Mishti senses Abir's presence while he appears in front of her.

They both try to apologize to Jasmeet. Jasmeet goes away citing the reason for needing personal space. Mishti tells Abir that Meenakshi is ready to accept her. Abir asks whether she trusts her.

He leaves with a promise to meet Mishti the next day. Elsewhere, Meenakshi is asking the priest regarding the Mahurat for Abir's wedding.

The priest replies 15th Feb and Kunal takes the priest's side and tells Meenakshi that the 15th would be the best date for Abir to get married. Meenakshi agrees with him.

Abir is happy with the same. Kuhu is upset with Kunal, as she feels that he doesn't remember that 15th would be their last day together. Elsewhere, Mishti decides to gift a bouquet to Jasmeet. She overhears her talking to Varsha, ill about herself.

Jasmeet tells Varsha that Mishti is the cause of breaking families. Mishti feels hurt after hearing that.

Abir is not able to trust Meenakshi regarding accepting Mishti. Meenakshi apologizes to Abir for her misdeeds and asks for a chance.

Upcoming written Yeh Rishtey Hain Pyaar Ke episode update: Abir tells Meenakshi to not be a part of his marriage with Mishti.

© Copyright serialsindia.com, 2018, 2019, 2020. All Rights Reserved. Unauthorized use and/or duplication of this material without written permission from serialsindia.com is strictly prohibited.
Cached Saved on: Friday 6th of August 2021 09:48:00 AM