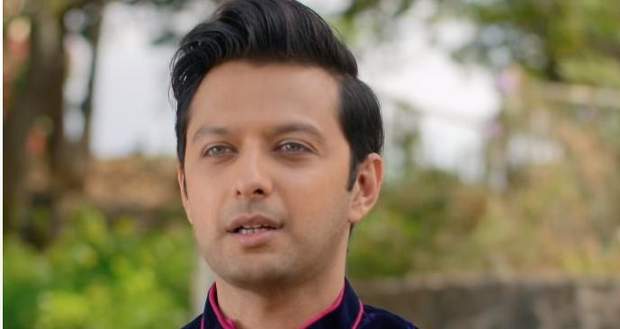 The Yeh Rishtey Hai Pyaar Ke 4 Feb episode begins with Mishti confessing her love for Abir and requesting them all to let her leave for causing disappointment in the Maheshwari family.

Nishant stops her and asks to leave instead. The whole family tries to stop Nishant from leaving.

Nishant congratulates Abir on winning. He tells everyone regarding how he left Abir after he met with an accident, after being guilt-ridden.

He accepts that he can't be part of Mishti's life as a life partner and thus wants to leave for some time alone. Nishant further takes a promise from Vishmabhar to get Mishti married to Abir.

Kuhu goes along with Nishant to drop him. Later, Abir asks for apologies for hurting everyone. Meenakshi tells Mishti to come along with her.

While standing in front of  Ambe Maa, she asks Mishti's hands for Abir and accepts her as her would-be daughter-in-law. Elsewhere, Vishambhar is upset with himself for not understanding Mishti.

He tells Mishti to think over her decision of marrying Abir due to his disbelief towards Meenakshi. Abir overhears their conversation.