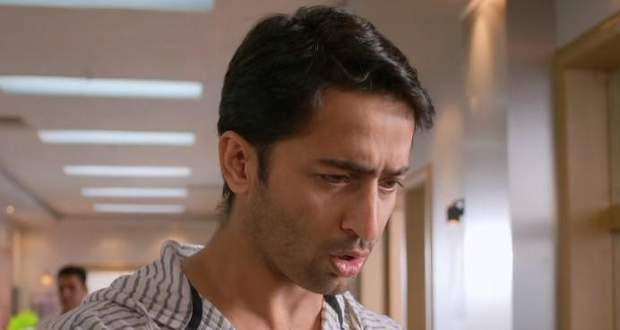 The Yeh Rishtey Hai Pyaar Ke 29 Jan episode begins with Meenakshi realizing of losing the report and informs about the same to Nishant.

Elsewhere, Vishambhar asks Jasmeet about the whereabouts of Nishant. She tells him that he went to get some fresh air.

Jasmeet further questions Vishambhar about forgiving Abir and later asks for forgiveness from Vishambhar for not trusting his decisions. Mishti overhears them.

Abir calls up Mishti to tell her about Nishant's lies. Nishant snatches his phone while Abir tries to tell Mishti about the truth. Abir and Nishant have an argument. Abir warns Nishant of revealing the truth to the Maheshwari family.

He leaves thereafter from the hospital and Nishant follows him. Abir meets with an accident while trying to save his car from the cart.

Elsewhere, Mishti gets worried when the Diya blows out. She asks Kuhu for her mobile thereafter.

Abir on the other side falls down into the lake. Nishant shouts Abir's name after seeing his car collided with the tree. He notices Abir's phone on the ground and sends a false message to Mishti.

Mishti suspects Abir not being well after reading that message. Kunal reads the same message and thinks of telling Mishti about Nishant's lies. Nishant enters just then and Kunal leaves to search for Abir.

Mishti later asks Kuhu to search for Abir and promises her to marry Nishant. Rajshri overhears them.

© Copyright serialsindia.com, 2018, 2019, 2020. All Rights Reserved. Unauthorized use and/or duplication of this material without written permission from serialsindia.com is strictly prohibited.
Cached Saved on: Wednesday 1st of February 2023 08:46:11 PM