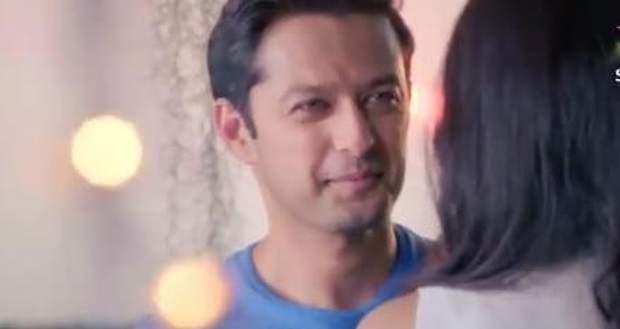 The Yeh Rishtey Hai Pyaar Ke 28 Jan episode begins with Nishant arriving in a drunken state and asking Abir to stay away from Mishti's life. He instigates her against Abir and promises to never leave her as Abir did.

Everyone takes Nishant to his room. Abir goes to take medicines for Nishant.

After everyone leaves, Nishant opens his wardrobe and recalls Meenakshi asking to wear the last night's shirt and sprinkle wine on it.

She asked Nishant to win over Mishti by doing a fake act of being drunk. Abir later comes with the medicines and becomes suspicious seeing Nishant resting with changed clothes.

Mishti agrees for the same and asks Vishmabhar to let her talk to Abir for the last time. Mishti for the sake of her family asks Abir to leave her.

While Abir is leaving, he notices Nishant talking on the phone. He becomes suspicious of Nishant and tells Kunal that he will try to find out whether Nishant is lying or not.

Elsewhere, Meenakshi tells Nishant about changing the reports so that he doesn't get caught. After Meenakshi leaves from the hospital, Abir finds Nishant's report lying on the floor in the hospital. He gets to know about Nishant's lies.