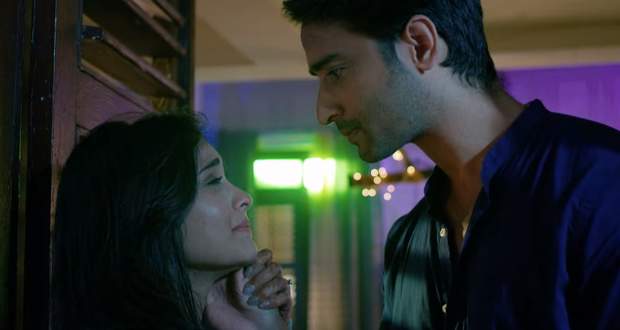 The Yeh Rishtey Hai Pyaar Ke 27 Jan episode begins with Abir, Nanu, and Kunal talking regarding Mishti. Abir receives a call from Nishant and asks about his whereabouts.

Mishti confronts Abir on confessing his love for her too late. She asks him what she shall do now.

On the other side, Nishant wants Meenakshi to keep Abir away from Mishti. Meenakshi promises that Mishti will break up from Abir. In return, Nishant has to promise her that he and Mishti will move to London after getting married. He leaves after promising.

Mishti tries to make Abir understand that she can't break her family's trust now. Abir assures her that he will fix everything and speak to Vishambhar before her Haldi.

While the next day, Kunal is taking Mishti out for her Haldi. Abir then comes there with red balloons in his hand. Vishambhar reprimands Abir and asks him to leave. Abir requests him to listen to him once.

He tries to make Vishambhar understand the repercussions if Mishti gets married to Nishant. Vishambhar gives him two minutes to explain himself.

Just when Abir is beginning to speak, Nishant comes there in a drunken state.

Upcoming written Yeh Rishtey Hain Pyaar Ke episode update: Nishant falls down, Mishti tells Abir that she has to leave him for her family's happiness.

© Copyright serialsindia.com, 2018, 2019, 2020. All Rights Reserved. Unauthorized use and/or duplication of this material without written permission from serialsindia.com is strictly prohibited.
Cached Saved on: Saturday 26th of November 2022 10:40:39 PM