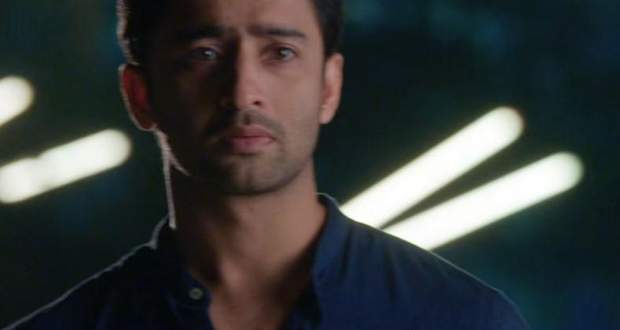 Elsewhere, Nishant asks Mishti whether she is still waiting for Abir to come. Mishti assures Nishant that she won't break his trust.

She further tells him that she has moved on and cares less about the reason for which Abir broke their alliance. Abir listens to this as Nishant puts his call on the speaker while calling Abir.

Abir realizes that Nishant hasn't revealed the truth to Mishti yet.

Abir assures Kunal that he knows Mishti and she will come to him once she gets to know the truth. Meenakshi overhears their conversation and wishes to not let Mishti and Abir reunite.

The next day while Nishant is jogging, Meenakshi comes there. She wants to make an alliance with Nishant to keep Abir away from Mishti.

Nishant refuses to do so as Meenakshi has before made Kunal spike his drink. Meenakshi tells him that she will wait for his call while he is about to leave.

On the other side, Maheshwaris share an emotional moment by singing and dancing on the song 'Dilbaro'. Kunal joins them after reaching there.

Mishti asks about Abir's problem after she finds him alright. Abir reveals the truth about breaking their alliance before. Mishti hugs him thereafter and realizes her mistake. Nishant sees them.

Elsewhere, Rajshri is confronting Vishambhar about his decision regarding Mishti and Nishant's marriage. Nishant gets anxious about Mishti leaving him after knowing the truth.