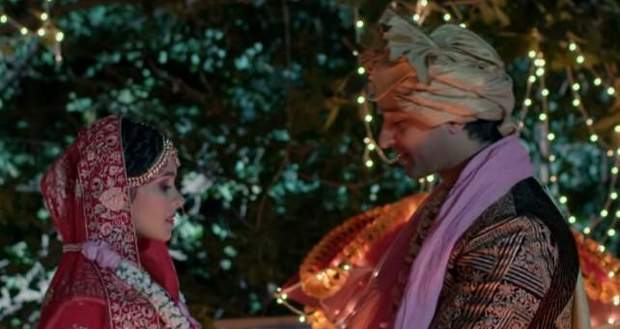 The Yeh Rishtey Hai Pyaar Ke 21 Feb episode begins with the priest telling that the pheras have to be taken on the bus. Abir picks Mishti up in his arms and takes the pheras.

They both come down and Mishti's idea is appreciated by everyone. Nidhi praises Mishti for taking the limelight.

Kuhu gets envious of Mishti. Later, while Kuhu and Kunal are sharing romantic moments with each other, they get interrupted by Ketki.

Kunal leaves then and Jasmeet comes there and instigates Kuhu against Mishti. She reminds her to not become been treated like Parul in the Rajvansh house.

Maheshwari's are going to perform the bidaai of Mishti. Kuhu asks about her bidaai.

Meenakshi tells her since she is a daughter of her house now, so she has to prepare for Grah Pravesh of Mishti in their house. Kuhu leaves for the preparations.

Mishti's bidaai is performed leaving everyone teary-eyed. Mishti bids emotional adieu to everyone.

She hugs everyone while leaving. Jasmeet tells Mishti to not break the Rajvansh family while hugging her.