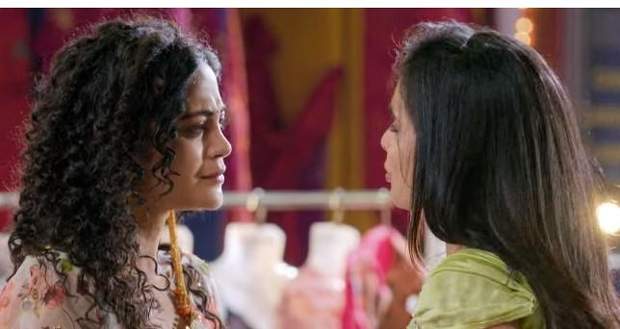 The Yeh Rishtey Hai Pyaar Ke 17 Feb episode begins with Kuhu blaming Mishti for creating chaos in her life.  Mishti tries to make Kuhu understand, yet she leaves from there.

Kuhu apologizes to Varsha and Shaurya asks her the reason behind the divorce. Kuhu blames on Mishti for not revealing the same even though she knew about Kuhu's divorce case since the first day.

She further reveals that Kunal was forced to marry Kuhu so that Mishti can't marry Abir. Kunal accepts the same in front of Shaurya.

He expresses his gratitude for being married to Kuhu then and wishes to not abandon her now. Abir tries to persuade everyone to not break Kuhu and Kunal's marriage.

Shaurya asks him for some time to think. Elsewhere, Meenakshi gets shocked after listening about the divorce via Nidhi.

Meenakshi asks Kuhu about the reason. Kuhu tells that she can't live with Mishti in the same house.

Meenakshi tells her that Kunal forcefully married Kuhu on her warning. The Maheshwaris reach the Rajvansh mansion to meet Meenakshi and Yashpal.

Kunal confesses in front of them his love for Kuhu now and that he will sign the divorce papers if they don't want him to remarry Kuhu.

© Copyright serialsindia.com, 2018, 2019, 2020. All Rights Reserved. Unauthorized use and/or duplication of this material without written permission from serialsindia.com is strictly prohibited.
Cached Saved on: Wednesday 1st of February 2023 08:51:26 PM