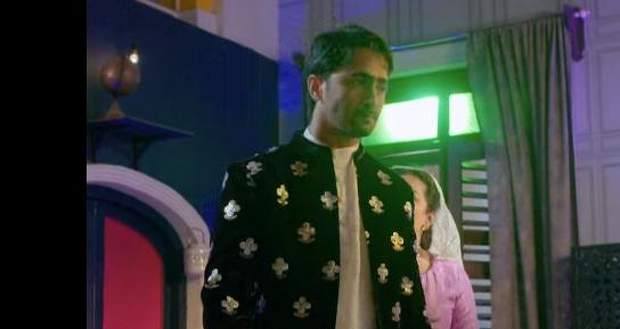 The Yeh Rishtey Hai Pyaar Ke 11 Feb episode begins with Abir entering in his room in an angry mood. Parul tries to relax his mood and asks him to call up Mishti.

Nidhi and Meenakshi overhear their conversation. Nidhi instigates Meenakshi against Parul by telling her that Parul should have asked Abir to talk to her instead of Mishti.

Mishti opens her bag to call up Abir when she notices the envelope of Kuhu's divorce papers kept inside.

Kunal and Abir share a conversation. Kunal thinks of not letting his marriage as Abir made it possible.

Mishti is going to open the document when Kuhu comes there and takes it from her. She lies to Mishti telling it to be a business document.

Mishti receives a message from Abir then and she leaves. While Kuhu is talking to Varsha, Kunal messages her to meet.

Mishti and Abir meet outside and spend a romantic time together. Meenakshi is worried after what Nidhi said and thinks to not let Abir go far away from her.

Kuhu gets upset when Kunal tells her to plan a surprise for Mishti. Vishambhar being guilt-ridden apologizes to Mishti for forcing her to marry Nishant against her wishes.

Mishti forgives him. Later, while Mishti is trying to help Jasmeet, she enters into a confrontation with Kuhu.