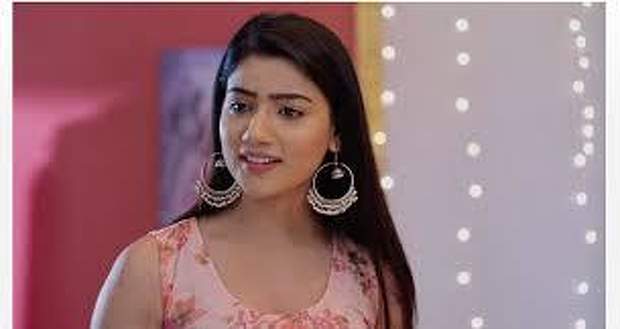 Elsewhere, Luv and Kush are discussing being saved from Kartik and Naira. Kairav and Vansh come there and asks for a bike ride.

Luv scolds them. Vansh shares with Kairav that Luv may be upset about not getting any valentine gift.

Kairav thinks to gift them something. The Goenkas are talking about Trisha's condition.

Luv and Kush get scared upon listening to Manish not sparing the culprit. Kartik and Naira bring Trisha to home.

Everyone opposes their move. Suhasini thinks about the social status being ruined because of Trisha.

Naira and Kartik refuse to listen to anyone and bring Trisha inside the home. Luv and Kush over being worried about being caught decide to stay out of their house.

They give an excuse for returning back to the hostel for some work. Surekha also wishes for them leave, else they will be caught.

Kartik ask both of them to meet Naira before leaving. Meanwhile, Naira is asking Trisha to give her a hint about the culprit.

Trisha points the finger at Luv-Kush when they appear in front of her. Naira fails to notice that.

She later asks the same in front of all. Luv and Kush trick Trisha while she points her finger again.