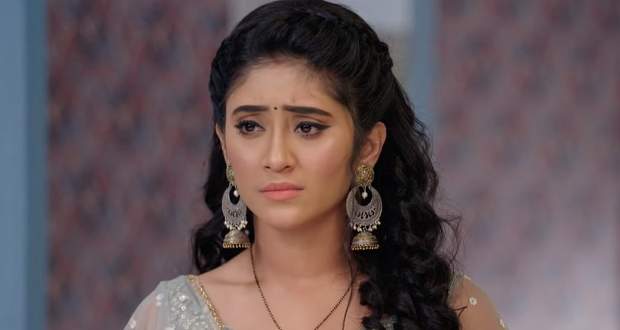 Kairav's teacher calls up Kartik to look after Kairav citing his behavior been changed lately. Kartik and Naira decide to not let Kairav give into wrong behavior.

Elsewhere, Surekha asks Luv the reason for stealing Gayu's jewelry. Luv tells her that Abhishek has blackmailed them.

While Surekha is about to give a cheque to Luv to give to Abhishek, Naira notices the same. Surekha lies to Naira about the same.

Later, Kartik and Naira try to make Kairav understand that he should not differentiate between a girl and a boy according to the tasks. Outside the house, Luv gets bored. Kairav brings some balls for him. Luv throws that ball at the housekeeper for fun.

Kairav follows him and throws the ball too, which is caught by Kartik. Kartik and Naira tell about Luv's nuisance to the family members.

Surekha confronts Naira for doubting her parenting. Naira keeps her point of keeping Kairav away from Luv-Kush, which upsets all. Kartik tells her later that he disagrees regarding maintaining a distance between Luv-Kush and Kairav.