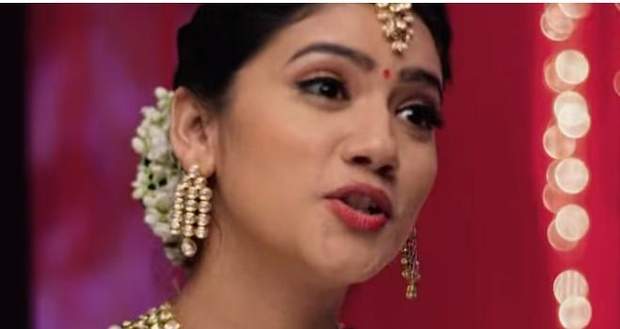 Kush feels suffocated while hiding inside a room in the academy. While Luv and Abhishek are taking him outside, Kartik and Naira notice them.

Kartik and Naira question Kush about his restlessness. Luv defends him by citing it to be an asthma attack. Later, Luv-Kush leaves for the home.

Elsewhere, Kartik and Naira reach the police station for lodging complaint regarding Trisha being missing. They hear a few men talking about a girl meeting with an accident near the academy.

Kartik and Naira reach the hospital where that girl is admitted and get shocked seeing Trisha admitted to the ICU. Akhilesh, on the other side, receives a message from Kartik regarding Trisha's condition. Luv and Kush get tensed overhearing Goenka's talk about the same.

Naira blames herself for not taking care of Trisha properly. Kartik consoles her. Meanwhile, Luv and Kush hide Trisha's mobile at the garden, while Kairav notices them hiding something.

Elsewhere, the doctor tells Kartik and Naira that Trisha might have been molested before meeting with an accident according to the bruises in her body.

Luv asks Kush to not worry and stay confident. Kartik asks Naira to come with her to the police station to find about the culprit.