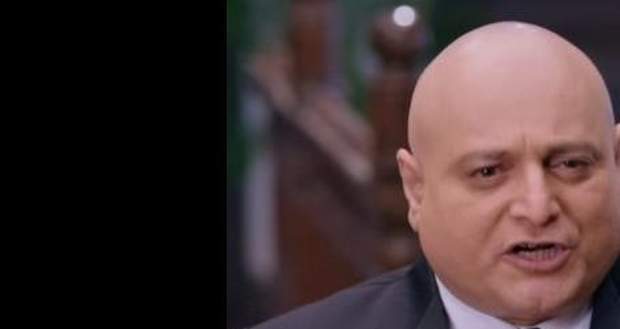 Today's Yeh Rishta Kya Kehlata Hai 21 Feb episode starts with Suhasini getting concerned about Kartik's absence all of a sudden from the courtroom. Naira recalls her past situation inside the court.

Kartik reaches his house after being called up by Gayu. She tells him that Kairav severely injured a house-servant. Kartik gets stunned.

Jhaberi gifts a plant to the judge and he starts with his case. He cites that Trisha started living in the Goenka's house and accused innocent Luv and Kush of molesting her.

Naira gets surprised by the flippant attitude of Jhaberi. She shouts that it is a lie and Trisha was indeed molested by the duo.

To which, Naira responds in affirmation and concludes Jhaberi of being a liar too now.

Both Naira and Jhaberi enter into an argument thereafter and the judge gives another date to Naira for Trisha's case.

Luv and Kush are granted bail thereafter. Naira promises to bring out Jhaberi's evil side in front of all later.