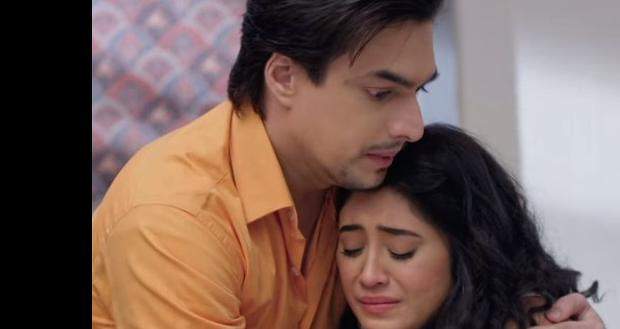 Elsewhere, the inspector leaves and Manish warns Luv and Kush of not being spared. He tells them that they have to stay in Shubham's Ngo to serve their punishment.

Kartik agrees with Manish and tells the duo that they will serve in the Ngo for two years without being connected with anyone. Luv and Kush plead thereafter.

Naira feels dissatisfied and question Kartik will this punishment be more than enough. Kartik speaks against her and she leaves thereafter.

Luv and Kush are worried after getting this punishment. They do a fake act of feeling guilt-ridden for their crime while seeing Kartik coming near their room.

Luv calms him down by telling him that everything will be alright in due time. Naira overhears their conversation and feels that Luv and Kush are unaffected by what they did.

Naira tries to explain the same to Kartik, while Kartik argues with her and speaks against her. Later, Naira receives a call from Negi uncle regarding Trisha's molesters.

She lies and cuts the call. The next day, Gayu asks Kartik about Naira. Kartik comes outside getting worried about Naira going to the police station.

Naira comes back and assures Kartik that she won't cheat her family.

Upcoming written Yeh Rishta Kya Kehlata Hai episode update: Luv scares Trisha again and tells her that they won't be sent to the Ngo by their family. Naira gets shocked.