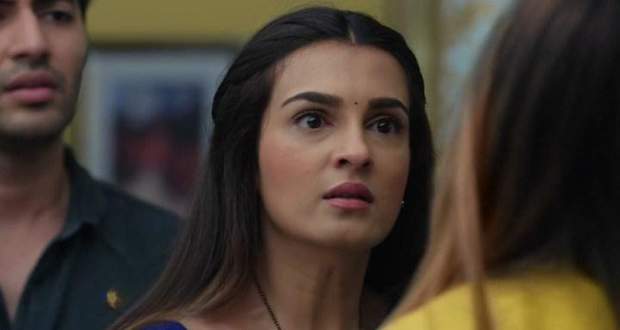 While Dev is working in the hall, Rishita lashes out at him all of a sudden and says if he didn't feel interested to be part of Rishita's business, he could have just said so in the beginning.

Dev feels confused as he doesn't know what Rishita is talking about.

Rishita tells Dev he messed up with an order of an important client while she throws her hands up in the air angrily.

Dev watches Rishita helplessly while she lashes out at him.

Rishita stomps her feet on the ground and marches toward her bedroom while Dev looks at Dhara with a miserable expression.

© Copyright serialsindia.com, 2018, 2019, 2020. All Rights Reserved. Unauthorized use and/or duplication of this material without written permission from serialsindia.com is strictly prohibited.
Cached Saved on: Wednesday 1st of February 2023 09:45:22 PM