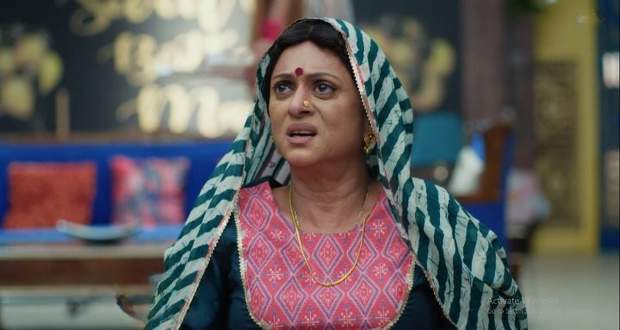 Today's Pandya Store 21th September 2022 episode starts with Jhankana shocking Suman and telling everyone that she has asked for Shweta's hand in marriage.

Everybody is confused about what is going on. Suman asks Jhankana who told her this. To which Jhankana responds that it was Suman herself.

Suman's voice becomes a little harsh after hearing this, and she asks Jhankana who she has proposed marriage to, Shweta.

As everyone tries to figure out this mystery, a sudden new voice enters the scene.

The new person, aka Krish, claims that he is the one who will marry Shweta.

This comes as a blow of surprise to the whole Pandya family, and even Shweta looks dumbfounded after listening to Krish's words.

What will happen now? Will Shweta agree to this sudden marriage proposal to Krish or continue to live her life as a single mother?

© Copyright serialsindia.com, 2018, 2019, 2020. All Rights Reserved. Unauthorized use and/or duplication of this material without written permission from serialsindia.com is strictly prohibited.
Cached Saved on: Wednesday 1st of February 2023 05:35:07 PM