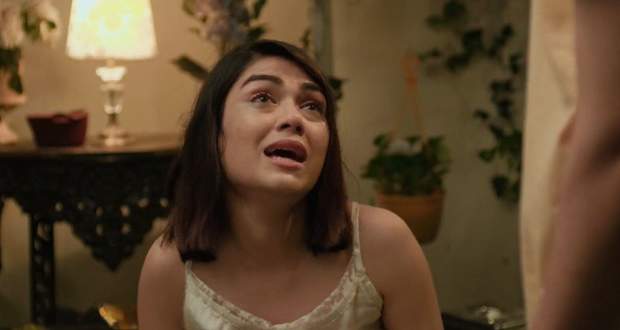 After entering the house, Jhankana surprises Suman as her servants start bringing in big baskets of gifts

Seeing this, Suman asks Jhankana, why she has worried so much about bringing in such gifts when Shweta is about to return with Chiku to her mother, Jhankana's home

Confused with the words, Jhankana questions Suman, that if she was the one who wants to make Shweta her daughter-in-law, then why is Suman sending Shweta back to her maternal home

Everybody, including Shweta, in the Pandya family is stunned after hearing Jhankana's words. Bewildered by the outrageous sentence, Suman asks Jhankana, who has told her this

To this, Jhankana's response further stuns everyone who is present, that it was Suman herself, who asked for Shweta's hand in marriage.

© Copyright serialsindia.com, 2018, 2019, 2020. All Rights Reserved. Unauthorized use and/or duplication of this material without written permission from serialsindia.com is strictly prohibited.
Cached Saved on: Saturday 28th of January 2023 11:41:42 AM