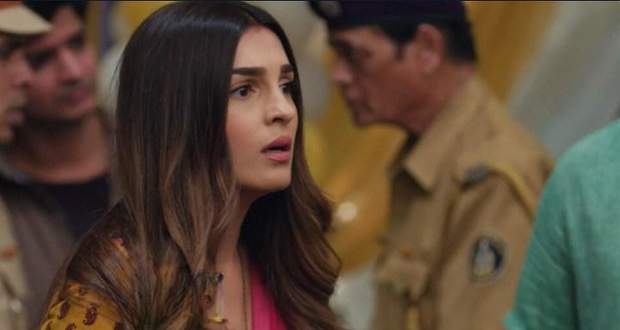 They all hold their head, feeling dizzy while Suman gets shocked to see the police enter her house on her sweet sixtieth birthday.

Suman asks the police what they are doing here while Dhara says it feels weird after waking up and the head hurts.

The police tell the Pandyas that they were on the floor unconscious seconds ago and their neighbor informed them about their condition.

Rishita gets suspicious and looks at Swetha while Dhara starts looking for Chiku.

When she doesn't find him, she gets panicked while Swetha tries to act as if she has no hands in this.

© Copyright serialsindia.com, 2018, 2019, 2020. All Rights Reserved. Unauthorized use and/or duplication of this material without written permission from serialsindia.com is strictly prohibited.
Cached Saved on: Saturday 26th of November 2022 10:18:52 PM