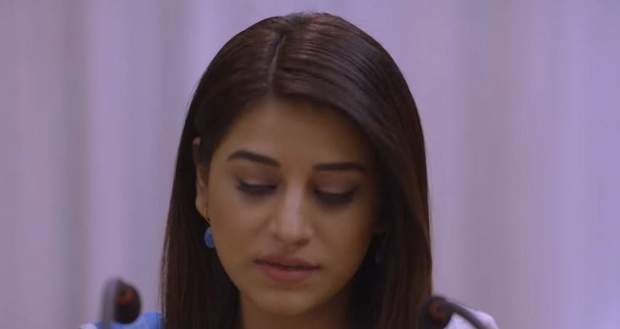 The Nimki Vidhayak 1 Feb episode begins with the police coming to arrest Nimki. Sweety tells the police that Anaro has lost her memory.

Anaro defends herself and everyone realizes that she did a drama of losing memory. She warns Nimki of rescuing Tetar from jail and killing her to death.

Elsewhere, Ganga Devi asks Shukla Ji to know whether Nimki has been arrested or not. While Ganga Devi calls up Nimki to know about her whereabouts, she arrives at her home.

Nimki brings along  Abhimanyu along with her to get Ganga Devi arrested. Nimki has realized before, that Ganga Devi and Anaro were plotting against her.

Nimki mocks Ganga Devi that she has been trapped in her own ploy. She further tells the evidence have been collected against Ganga Devi, through the video recordings of the sufferers.

Ganga Devi thus gets arrested. Nimki later reaches for the oath ceremony. She happily gives her oath and promises to fulfill all her promises.

The written episode of Nimki Vidhayak upcoming update: No precap