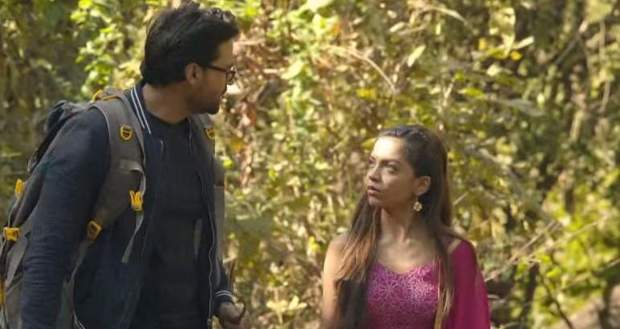 The Nazar 30 Jan episode begins with Piya and Ansh taking Naman and Saanvi along with them to the jungle. Meanwhile, Vedashree is sharing with Chaitali that she wishes Naman and Saanvi to get together.

Elsewhere, Ansh pretends that the car is not starting in the midway. Piya asks Naman and Saanvi to bring coolant from the shop at the end of the jungle.

Naman and Saanvi argue with each other along the way. On the other hand, Mohana is creating a scene in the hospital.

She gets mad at the doctor for giving the medicines that made her lose her magical powers. The doctor assures her of bringing back her powers.

At the Rathods mansion, Adi and Pari while playing hide and seek with Dafli, are unable to find her after she becomes invisible. Naman and Saanvi on their way find strange people and wonder if they are gangsters or drug dealers.

Ansh is concerned about the safety of Naman and Saanvi and shares about the same with Piya. They later find a man asking for a lift and ask him to come along.

Mohana is chanting Daayan mantra to bring Daayan tree. The doctor asks her to have medicine and Mohona attacks him again.

Adi and Pari tell Nishant about Dafli going missing. He begins to search for her along with Rathods.

Ansh and Piya witness man they have given lift disappear all of a sudden. Later, he comes in front of the car and tells Piya about Naman and Saanvi being kept captive by his men.

© Copyright serialsindia.com, 2018, 2019, 2020. All Rights Reserved. Unauthorized use and/or duplication of this material without written permission from serialsindia.com is strictly prohibited.
Cached Saved on: Sunday 4th of December 2022 06:42:02 AM