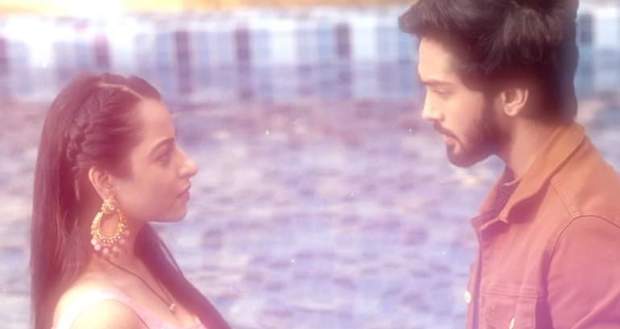 Ansh and Piya get tensed witnessing strange heartbeats of the members.  While Mohona is torturing the family members, none of them are able to save themselves using their magical powers.

Later, Nishant comes over to Ansh and Piya. He thinks of a way to help them. He tells Ansh and Piya to go into their swapnalok to rescue others.

Nishant hands over a magical bottle to Ansh, that will connect dreams and reality. He asks Ansh to open it up to escape from his dreams.

Ansh and Piya are put into a dream state by Nishant and they enter into a maze. They both can hear each other like others but not see each other.

They comprehend that Mohona has laid a trap after seeing her in front of them. Piya and Ansh try their destroy Mohona using their powers. Yet, none of their powers work there.

In the meanwhile, Nishant is waiting for Ansh to open his bottle. By chance, it falls down when Mohona tries to attack Ansh. Ansh intuitively opens it.

Nishant tries to bring Ansh back by placing a bottle at him but is attacked by Ayush from the back. He wakes up and finds Ayush become evil. He realizes that smoke has entered Ayush.

Upcoming written Nazar episode update: Rathod family is going to be burned by Ayush using the power of the moon.

© Copyright serialsindia.com, 2018, 2019, 2020. All Rights Reserved. Unauthorized use and/or duplication of this material without written permission from serialsindia.com is strictly prohibited.
Cached Saved on: Saturday 2nd of July 2022 02:30:33 AM