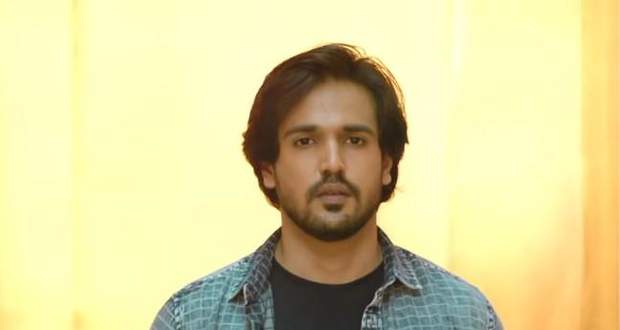 The Nazar 24 Jan episode begins with Rathods searching for Ayush. Ayush comes out of the lift under an evil influence unbeknownst to the Rathods.

Nishant enquires him whether any smoke entered his body. He lies after recalling the same.

Rathods are thinking that Ayush would not have felt it after Ayush leaves from thereby making an excuse to rest. Ayush listens to their plan.

Ansh and Piya share romantic moments with each other. Pari is trapped by Ayush in a maze and she screams.  It emerges to be Piya's dream.

She tells Ansh about it and both go to the kids' room to check them. Finding them asleep they leave from there. Ayush comes back and traps Adi too after they leave.

The next day Vedashree while greeting Ansh and Piya at the dining area tells them about everyone sleeping. Piya tells Vedashree to rest, seeing her sleepy.

Ansh and Piya later go to the kids' room to wake them up. They find something strange when Pari and Adi don't wake up. On the other side, Rathod family is caught in a maze and Mohana appears in front of everyone.

Saavi and Naman are surprised to not find Dilruba within the frame. They find her while turning around holding Dafli in her hands. Dilruba hands over Dafli to Saavi and wants to leave for the Chudail lok forever.

She accepts their relationship and makes Naman understand that it is against the norms for her to stay there. Dilruba leaves them forever after she enters in the photo frame. Naman and Saanvi cry tears of sadness on her departure.