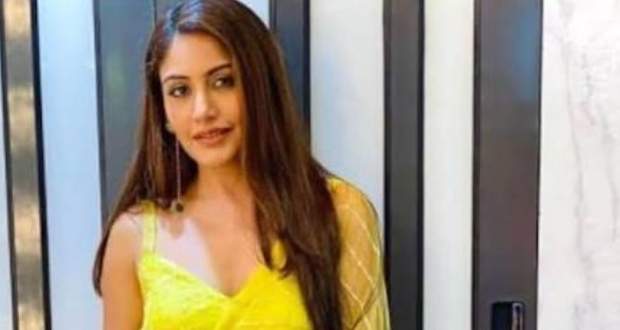 The Naagin 5 8 November 2020 episode begins with Bani telling Jai that she will not harm Veer.

Balwant rebukes Veer for not killing Bani and meanwhile, Bani arrives there.

Balwant tries to persuade Veer to take revenge on the Adinaagin while Veer asks him to focus on Ponky-Mayuri's engagement.

Mayuri goes missing and everyone searches for her.

Mayuri shocks everyone on a video call by telling them that she is going to meet her parents.

Jai enters the Singhania house with his luggage and announces that he is going to stay with Bani to protect her.

Bani takes Jai's side and while Veer gets angry and asks Bani to not believe in Jai.

Bani asks Jai if he had disguised as Mayuri and how he knows about Mayuri's best friends.

Veer arrives there and Jai selects Mayuri's room to stay in while Veer warns him to not commit any mistake as he is staying at the Sighanias' place.

On the other hand, Balwant decides to take the help of Maarkat while Shukla warns him against asking Maarkat for help as it can be dangerous.

A mysterious lady cries out from within the locked room in the basement.

Further, Bani decides to avenge all the deaths of innocent beings caused by the shape-shifting eagles.

She decides to take revenge on Veer as well if he is pretending to be nice.

Moreover, Bani overhears a sound from within the closed door in the basement and at the same time, Balwant comes down and warns Bani against going to the basement again.

Bani suspects Balwant hiding a person behind the closed door.

Jai and Veer start arguing and Bani throws Veer out of her room.

The next morning, Bani orders everyone to eat vegetarian food until the Navratri gets over.

Bani overhears Pankaj and Monil talking about how they killed Bani's friend.

Bani disguises as Meera and tells Jai that she wants to kill Monil to avenge the death of her friend.

Monil follows Meera to his bathroom and meanwhile, Meera regains her original shape as Bani and attacks Monil.

While attempting to kill Monil, she hears the same sound which came from the basement room.

The upcoming written episode of Nagin 5 episode: No precap.