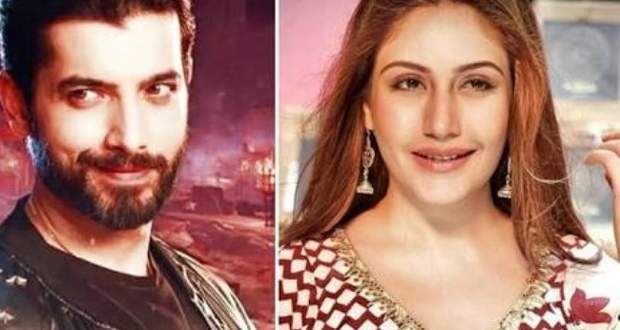 The Nagin 5 7th November 2020 episode update begins with Bani asking Veer about the date of the incident to confirm if Veer saved her on the same day when the plane met with an accident.

Bani recalls the good things about Veer and meanwhile, Jai provokes her to kill Veer.

Shukla informs Jai that Veer and Bani are about to reach the Sarfiri Barudi Surang and Jai rejoices over Veer's end getting closer.

Veer goes to the Sarfiri Barudi Surang while Bani senses landmines nearby and realizes that Jai had lied to her about the tunnel being near the Large Peepal tree.

Veer steps on a landmine and an explosion cause the nearby snakes to come out and pursue Veer and Bani.

Bani saves Veer and both of them escape in their car.

Jai takes Mayura and Shukla to a cave and reveals in front of the Maarkat statue, that he wants to sacrifice the lives of a peacock and Eagle.

Moreover, he asks for a boon from the deity of eagles that he becomes the most powerful person in the world.

Mayuri, Shukla and Jai get into a fight that provokes Maarkat.

On witnessing Maarkat strangling Jai, Mayuri and Shukla run away while Maarkat asks Jai to bring Adinaagin to her.

Jai meets Bani and shouts at her for not killing Veer and both of them start arguing.

Bani warns Jai to not harm Veer until she wants to as she is the Adinaagin.

On the occasion of the Navratri festival, Bani takes the Thaal from Mayuri's hands to perform the Pooja.

Veer keeps on looking into Bani's eyes and both of them perform the Aarti.

Mayuri is cornered by Jai, who is disguised as a Sardaar while Mayuri apologizes for running away from the cave leaving behind Jai in danger.

Mayuri deliberately pushes Bani out of the hall and transforms into her peacock form.

On the other hand, Veer spots Jai behind the curtain and misunderstands him to be Bani.

Jai takes Bani's form to stab Veer and shows her Naagin avatar and on the other hand, Bani and Mayuri get into a fight.

Fake Bani tells Veer that she is the Adinaagin while Veer starts recalling his past life.

Veer calls Bani with the name Nageshwari and at the same time, Bani announces that she will kill him in Kalyug as well.

On the other hand, Bani senses that Veer is in danger and pushes fake Bani away from Veer.

Veer's family arrives there and Ponky points at the unusual color of Bani's eyes.

Veer reveals that Bani is Adinaagin and Balwant tries to attack her.

Veer protects Bani and asks Balwant to kill Jai instead.

Jai tries to take Bani away with him while Veer challenges him for a fight to get Bani.

Bani rebukes Veer and Jai and ensures Veer that she will return to take revenge on him.

However, both of them get emotional when Veer reminds her of how she had saved him multiple times.

Bani confronts Jai and reminds him of the fact that she is the superior snake of all and will take revenge from the eagles for killing their fellow beings.

However, she reveals to Jai that Veer will not be punished during the process of exacting revenge from the other eagles.

The upcoming written episode of Nagin 5 episode: Balwant seeks the help of Maarkat.

© Copyright serialsindia.com, 2018, 2019, 2020. All Rights Reserved. Unauthorized use and/or duplication of this material without written permission from serialsindia.com is strictly prohibited.
Cached Saved on: Saturday 1st of October 2022 08:41:26 PM