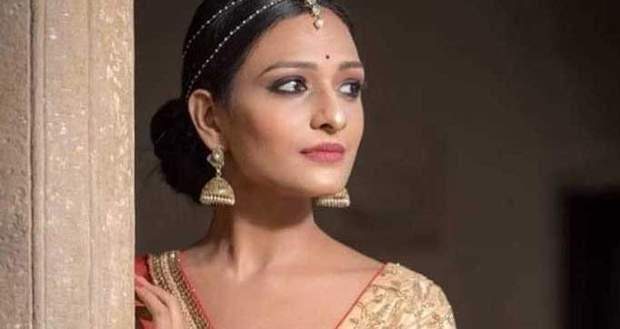 The Nagin 5 31 October episode begins with Jai using the Maayavi Ras to hypnotize Bani. He makes Bani come out near the swimming pool.

He asks Bani to come closer to him and to make Veer jealous of them. Further, he tries to push Bani into the swimming pool but Veer comes there to save her.

Jai orders Bani to show that she can hurt herself with a knife, while Veer tries to help her and later the effect of Maayavi Ras ends.

Bani assumes that Veer is trying to hurt her and this makes Veer upset as Bani doesn’t trust him.

Meanwhile, Jai attacks Ponky, and Mayuri tries to show that she will save Ponky.

Veer asks Bani to stay at the Singhaniya mansion for the next 24 house but Bani doesn’t listen to him.

On the other hand, Singhania's decides to throw a bachelor’s party for Ponky. Elsewhere, Bani calls Meer to help her get out of the house.

Meera arrives there in the dress of a belly dancer, while Shukla informs Mayuri that Bani’s sister Meera is dressed as a belly dancer.

Bani wears the same dress as Meera and plans to go out of the house. She asks Meera to wear her Saree and to portray that she is Bani.

She even asks Meera to take help from Veer if something wrong happens with her. Further, Mayuri tries to distract Veer to make Bani successful in getting out of the house but later Veer catches Bani at the gate of the house.

The written episode of Naagin 5 episode: Veer to challenge Bani to accept her love for him.