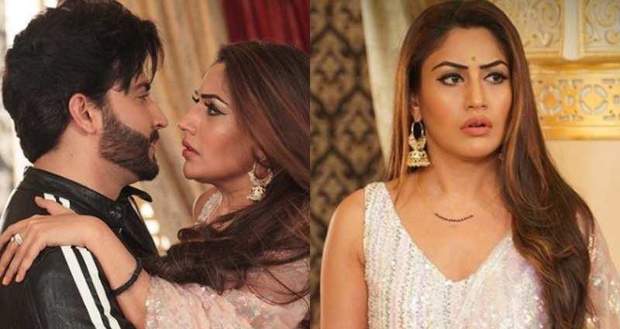 The Nagin 5 24 October 2020 episode begins with Bani leaving Shukla and Mayuri behind the magical bars. She leaves from there to find the owner of the Gandhak Pathar.

Later she loses the Gandhak Pathar and falls in a pit. Shakura arrives there and traps Bani in the pit using his magical powers.

Jai gets angry with Shakura for failing in his plan to kill Bani, while Shakura tells him that he is sure that Bani couldn’t escape from his trap.

Elsewhere, Bani uses the Gandhak Pathar to escape and reaches the place where Shakura and Jai were together.

Jai tries to fool Bani by disguising as Veer but Bani finds the truth by not finding a specific ring in Veer’s hand.

Bani informs Jai that Veer is not the real player behind all the games, while Jai gets angry on her for thinking positive about Veer.

Further, Shakura tells Jai that Bani knows about her identity. Bani overhears their conversation and wants to find out the other person talking to Shakura.

She disguises as Aakesh but Shakura helps Jai in rushing from that place. Meanwhile, Meera tries to tell Bani that she has a lot of enemies around her.

Bani gives the Gandhak Pathar to Meera and asks her to keep it safe with her. Later, Shakura attacks Bani to get the stone but she gets unconscious and Shakura kidnaps her.

Bani regains consciousness and finds herself dressed as a bride. Shakura reveals his real identity to her, while Shakura and Mayuri warn Meera to know about Bani’s location.