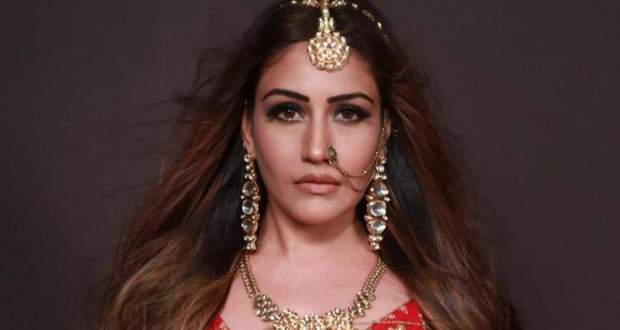 Today's Naagin 5 22 November 2020 episode starts with Veer confronts Bani about her being at two places at the same time.

Meanwhile, all the family members are sitting together and are unwrapping Diwali gifts while eating sweets.

Jai makes Daksh's drink fall due to which he and Ponky start fighting.

He then says that there one gift is left and gives it to Mahek.

Mahek gives the box to Chachi who unwrap it and a lot of honeybees come out of it.

Everyone runs to their room while Jai takes the coffin and brings it to the jungle.

He gets shocked to see Bani out of the coffin and tries to cover up his plans when she tells him that she knows he is conspiring against her.

Jai reveals that he hates her since Satyug when she got all the powers and that he can't obey her as Veer does.

Bani praises Veer in front of Jai and says that he can never be like Veer.

Markaat comes there and attacks Jai after which she reveals that both Jai and Veer are her sons.

She tells Bani that she know's about her and Veer's plan.

Markaat attacks Bani and pushes her into the magical cave while Jai is still unconscious.

Bani tries to get out of the cave using her naagin form but fails.

Markaat sends fake Bani to the Singhaniya house to kill Veer while he regains consciousness and searches for Bani.

Elsewhere, Bani performs Taandav so that Shivji gives her a sign that Veer is fine and finds Shivji's plant burning as a sign.

Meera informs Tabish that Bani is not really Bani.

They both get shocked to see ash in the hall around Bank's sandals.

Bani tries to find the secrets of the magical cave, while Markaat enters the cave to kill her but stops seeing her enquiring the secret.

Upcoming Naagin 5 episode update: Veer gets to know that Markaat is none other than his mother.