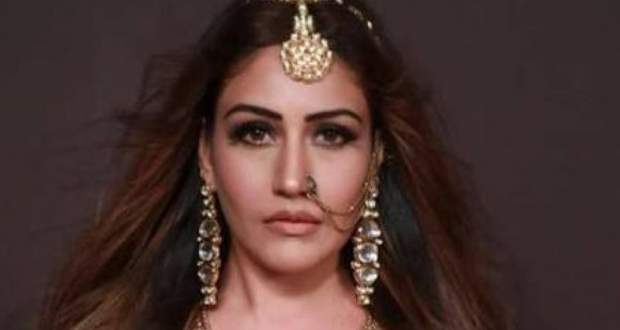 The Nagin 5 18 October 2020 episode begins with Balwant shouting at Aakesh to control the Gandhak stone by repeating the chants required to cool the stone down.

On the other hand, Bani saves Veer's family from the stone by creating a storm through her powers. Shakura witnesses this and is relieved to see the situation in control.

Bani catches hold of Gandhak and keeps it inside a box. Moreover, she wonders why Veer could not control the stone. She realizes that there is nothing similar between Veer and Aakesh and decides to find the truth.

Later, Bani decorates the balcony for Aakesh and tries to make him recall all of their past incidents. Aakesh fears his real identity getting exposed and decides to agree to whatever she says.

Bani keeps questioning him about their past while Aakesh answers all the questions. However, he answers a question incorrectly and Bani is ensured that Aakesh is not the real Veer.

Elsewhere, Balwant asks Daksh why Veer did not repeat the chant to control the stone. Moreover, he decides to find the Gandhak from Veer's room while Daksh says to him that Bani is there in the room.

He further plans to kill Bani and put the blame on Jai while Mayuri and Shukla overhear him. Bani calls Meera and tells her about the fake Veer while Meera tells her that she was safer with the real Veer as he loved her.

Aakesh calls for Bani in the room and meanwhile Balwant and Veer's brothers enter the room. Bani tells Balwant that she witnessed the stone due to which everyone was hanging in the air.

She also tells everyone that the stone flew away as it was uncontrollable. Moreover, she deliberately persuades Aakesh to find the stone as he can easily control it.

Aakesh fears his identity getting exposed in front of Balwant and agrees to go to Chandabi Pahadi with Bani to find the stone. At the same time, Mayuri informs Jai that Bani and Aakesh went after the stone.

Bani meets Panditji's wife who tells her that the Gandhak stone can only be controlled by the prince of eagles. Further, Panditji's wife warns her to not let the stone go in the wrong place or hands as it starts to do the opposite of what it is ordered to do.

Bani hides the stone in a pouch and meanwhile, Mayuri spots her and informs Shakura. Elsewhere, Jai spills Mayavi Ras on the Chandabi Pahadi to make the place seem horrible to Bani.

Bani asks Veer to stop the car and moves towards the Jungle. She asks Aakesh to call the stone but he takes his eagle form and escapes.

Later, Bani steps on a stone and gets shocked to see a horrible view in front of her. Furthermore, an eagle and a peacock push her inside a hole and she is shocked to see Mayuri and Shukla together at the same place.

Both of them tell her that Veer also wants them to kill Bani and they lock her in jail. Mayuri reveals to her that they know about her being an Adinaagin.

Bani decides to use the Gandhak stone to punish Mayuri and Shukla. Further, Bani traps them in jail and frees herself using the stone.

The upcoming written episode of Nagin 5 episode: No precap

© Copyright serialsindia.com, 2018, 2019, 2020. All Rights Reserved. Unauthorized use and/or duplication of this material without written permission from serialsindia.com is strictly prohibited.
Cached Saved on: Sunday 22nd of May 2022 03:21:14 AM