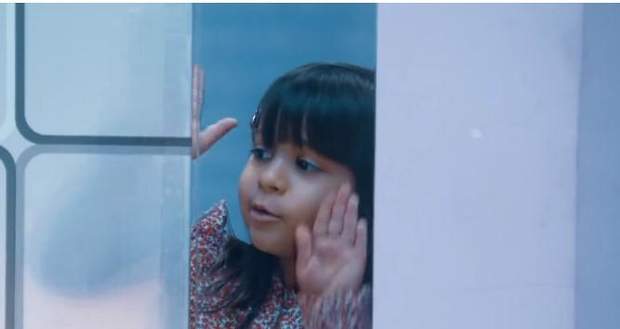 The Meri Gudiya 1 Feb episode begins with Pari closing the door of the room in which Sunny is there. Sunny gets scared by the fluctuating lights.

Chachiji gets worried about Sunny. He lies about the incident to save himself from embarrassment.

Chachaji brings some items for the wedding decoration. Elsewhere, Ratri asks for forgiveness from Raghav.

Meanwhile, Piya comes there and asks Raghav if he is still upset with her. Shaurya overlooking thinks that Piya has accepted Raghav's and Ratri's wedding.

Chachiji is selecting the sarees and ask Ratri to select the saree for herself. Later, Sunny tries to steal Pari but Avi manages to stop him from doing so. She leaves with Pari along with Rangoli from there.

Shaurya questions Piya about asking forgiveness from Raghav and accepting their relation. She reveals that Dr.Rudraksh is in Shimla and she has a plan to present some proof to Raghav.

On the other side, Sunny locks Avi in the bathroom and thinks to break Pari(the doll).

Upcoming written Meri Guidya episode update: Avi screams for help from the bathroom. Ratri notices the same and leaves without helping her.