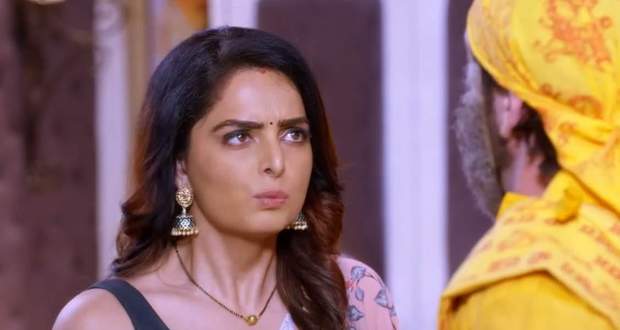 On the other hand, Prithvi is daydreaming about how nice it would feel if Preeta falls at his feet.

However, his train of thought breaks when Sherlyn arrives and urges him to focus on his goal.

In the meantime, Rakhi orders Preeta and Rishav to start the aarti.

When Preeta goes to take the aarti from Arjun, Arjun just stares at her with a blank expression.

Though he hates Preeta now, he feels jealous of Rishav and Preeta's closeness.

Preeta urges Arjun to give her the aarti back; this time, Arjun obeys.

While Preeta and Rishav are doing aarti, Arun looks at them with jealous eyes.

In the meantime, Kavya gets missing and everyone starts searching for her.