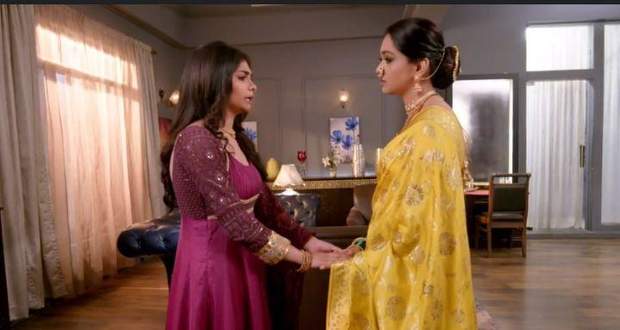 Today's Kumkum Bhagya 5th September 2022 episode starts with everyone shocked by the sudden decision made by Pallavi and Vikram and Pallavi says this is the final decision.

However, Siddhartha says that this decision is very sudden and things are bound to get more complicated.

On this, Pallavi retorts that he did not think of this before crossing the limits and boundaries with someone else’s wife and that to Ranbir’s wife, Prachi when that was the right time to think.

Siddhartha gets silent and he wails inside for destroying Prachi and Ranbir’s life with his lie.

He apologizes since he can not tell the truth in front of Rhea and Alia or else his sister will be in danger.

Pallavi further states that this is the only way to save Prachi and her child.

Rhea gets excited about the news and looks at Alia who gives her a reassuring smirk.