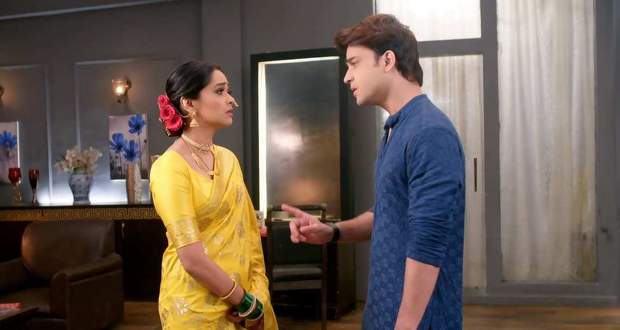 They ask Vikram about the kidnappers who were taking an old woman with them.

Suddenly Vikram informs them that his mother is missing and the police get shocked.

Alia and Rhea smile to themselves since the goons managed to escape from the police.

However, Prachi sees a covered figure behind the sofa and gets suspicious.

She goes to check and sees the structure of a person.

Everyone gets shocked by the revelation while Rhea and Alia look at each other terrified.

The Police suggest that this must be the same woman the goons were taking but gets in doubt about what she is doing here.

Prachi instantly goes to uncover the blanket and reveal her face.

The family gets disturbed as they see Dida beneath the covers.

© Copyright serialsindia.com, 2018, 2019, 2020. All Rights Reserved. Unauthorized use and/or duplication of this material without written permission from serialsindia.com is strictly prohibited.
Cached Saved on: Saturday 28th of January 2023 11:38:47 AM