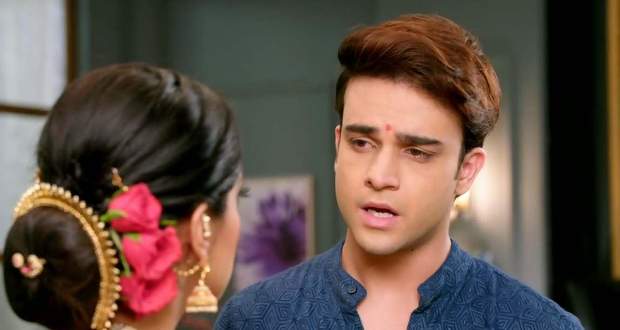 She even hugs Ranbir from behind while Ranbir looks away.

However, Ranveer then turns towards Prachi and hugs her tightly.

Noticing the gesture, Prachi tells Ranveer in a low voice that she does not want to wear kumkum of Sid's name.

Hearing this, Ranbir informs Prachi that Prachi has to give him a promise that she will marry Sid.

Though Ranbir is hurting inside, he wants a good life for Prachi and her baby.

Before Prachi can say anything, Ranveer walks away leaving Prachi alone.

After Ranveer leaves, Prachi breaks down in tears.

Once outside, Ranbir wipes his tears and puts bone a mask of a smiling face.

He even assures himself that he is dong this for Prachi's happiness.